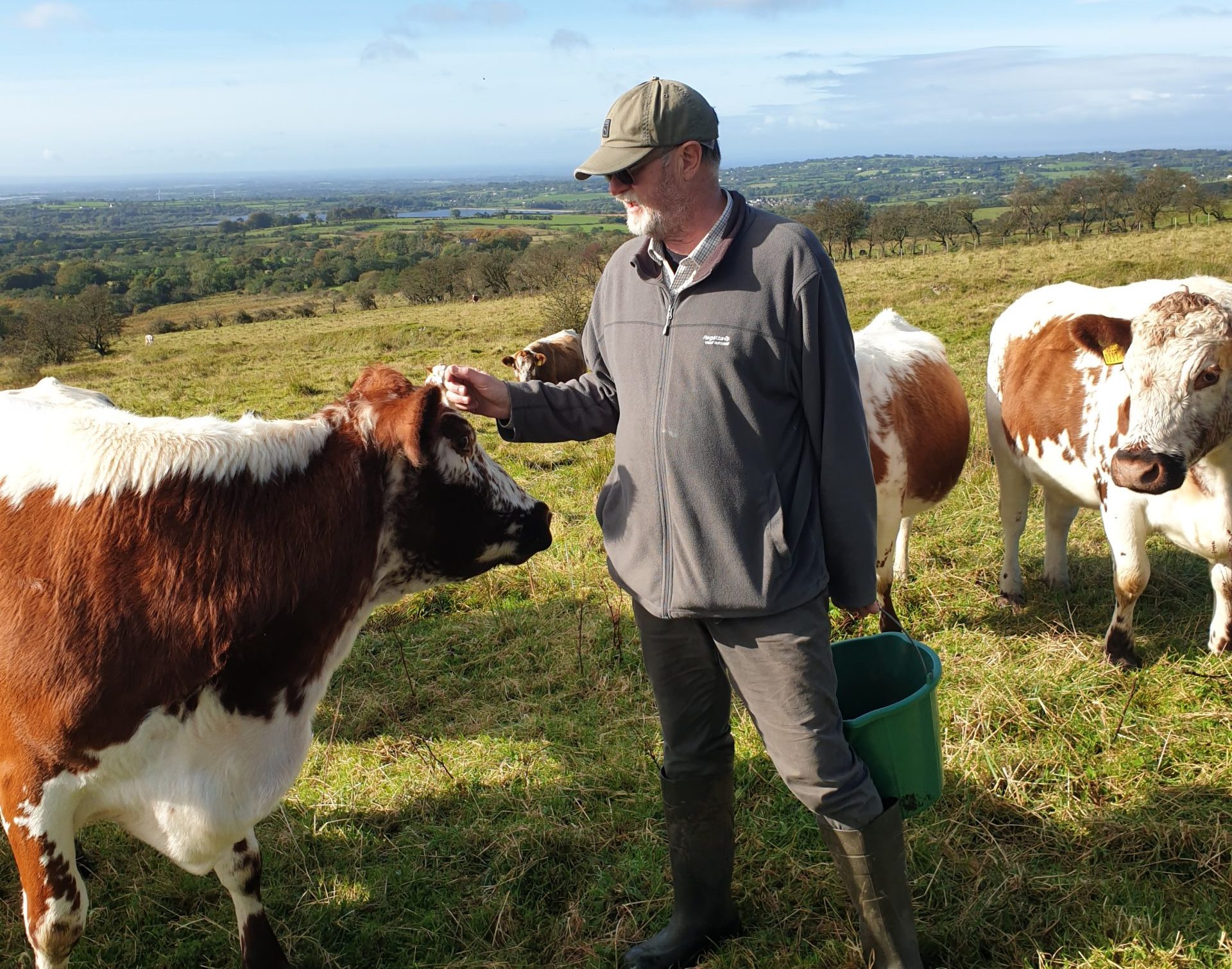 Thanks to Lough Neagh Partnership, the Moiled Cattle Project has safeguarded the ‘freckled faced’ and ‘domed head’ breed, helping them thrive in native land

One of the oldest indigenous cattle breeds native to Northern Ireland, the Irish Moiled Cattle, or ‘Moile’ was once a declining animal breed and placed on the Rare Breeds Survival Trust ‘critical’ list but a Lough Neagh Partnership project funded by DAERA has helped safeguard the peculiar freckle-faced cow thanks to its success in winning funding bids and supporting farmers.

The Moiled Cattle Project, by Lough Neagh Partnership, involves farmers on the shores of Lough Neagh, who are breeding what is the rarest and most distinctive of cattle breeds and a favourite with King Charles III.

The history of the Moiled cow dates back as far as 1000AD when the Vikings are said to have raided the breed which can still be found in Scandinavia today.

Over the years the Irish Moiled Cattle Society contributed to the saving of the breed and still operates from the Republic of Ireland. Now the breed’s survival has strengthened as the Moiled Cattle Project helps the cow to thrive in the Lough Neagh environs.

Lough Neagh Partnership has been behind the success of the Moiled Cattle Project supporting farmers with training, branding and assistance with the development of a food chain over the past two years, ensuring the breed remains an invaluable part of the agri industry here today.

Gerry Darby, Strategic Manager of Lough Neagh Partnership, said: “It is an honour for us to have supported the farmers who are helping keep a native northern Ireland animal alive. The Moiled Cattle has been in danger before so it is critical that projects like this keep the agri fabric of Northern Ireland safe and rich.”

Placed on the Rare Breeds Survival Trust ‘critical’ list more than 40 years ago, Moiled cattle can survive on a diet foraged from its habitat making it perfectly at home in a field of rough grass and wildflowers. There are approx 800 breeding Irish Moiled Cattle females alive today and although having faced many challenges in its history, it is bred across the British Isles. This cow is known to produce good beef in poor conditions but needs care to protect it from becoming overweight. It was the quality of Irish Moiled beef and its distinct flavour that had saved the breed from extinction.