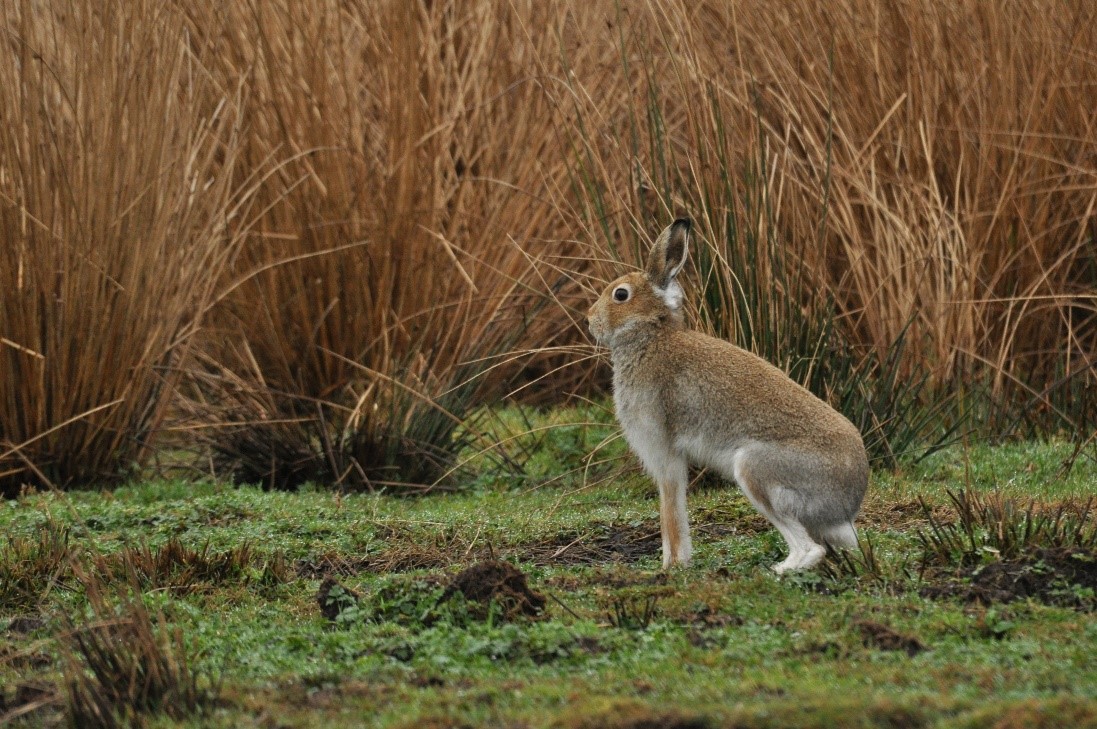 The Irish Hare is a sub-species of Mountain Hare and is endemic to the island of Ireland. It is Ireland’s only native lagomorph. Rabbits were introduced in the 12th century by the Normans and the Brown Hare was introduced for sport in 1800s- it is thought a small population still remains in Mid Ulster.

At first glance the Irish Hare can look like an over-sized rabbit- but there are many physical and behavioural differences between the two species. Hares are large and almost twice the size of the European Rabbit. They have long hind legs, long black-tipped ears and a white underbelly. In summer their coat is a russet-red colour.

Unlike Mountain Hares, the Irish Hare rarely turns completely white during the winter months. However some individuals can develop large patches of white during their winter moult giving them a patchy appearance.

The Irish Hare can be found in a range of habitats, from coastal dunes to mountain tops but are most commonly seen in unimproved, species rich grassland. This habitat provides them with the varied plant diet they need.

Irish Hares tend to come together in groups in the spring time and can be seen “boxing” with each other, kicking and leaping around. This courtship behaviour has been referred to as “Mad March Hares”- it involves males fighting over females and even females warding off over enthusiastic males.

Leverets or baby hares have been recorded in every month of the year- however spring and summer are peak breeding times. Unlike rabbit kits, leverets are born above ground and fully furred. There can be up to 3 or 4 young in a litter. The female returns only once a day to feed them and by the time they are around 5 weeks old the young hares are on their own!