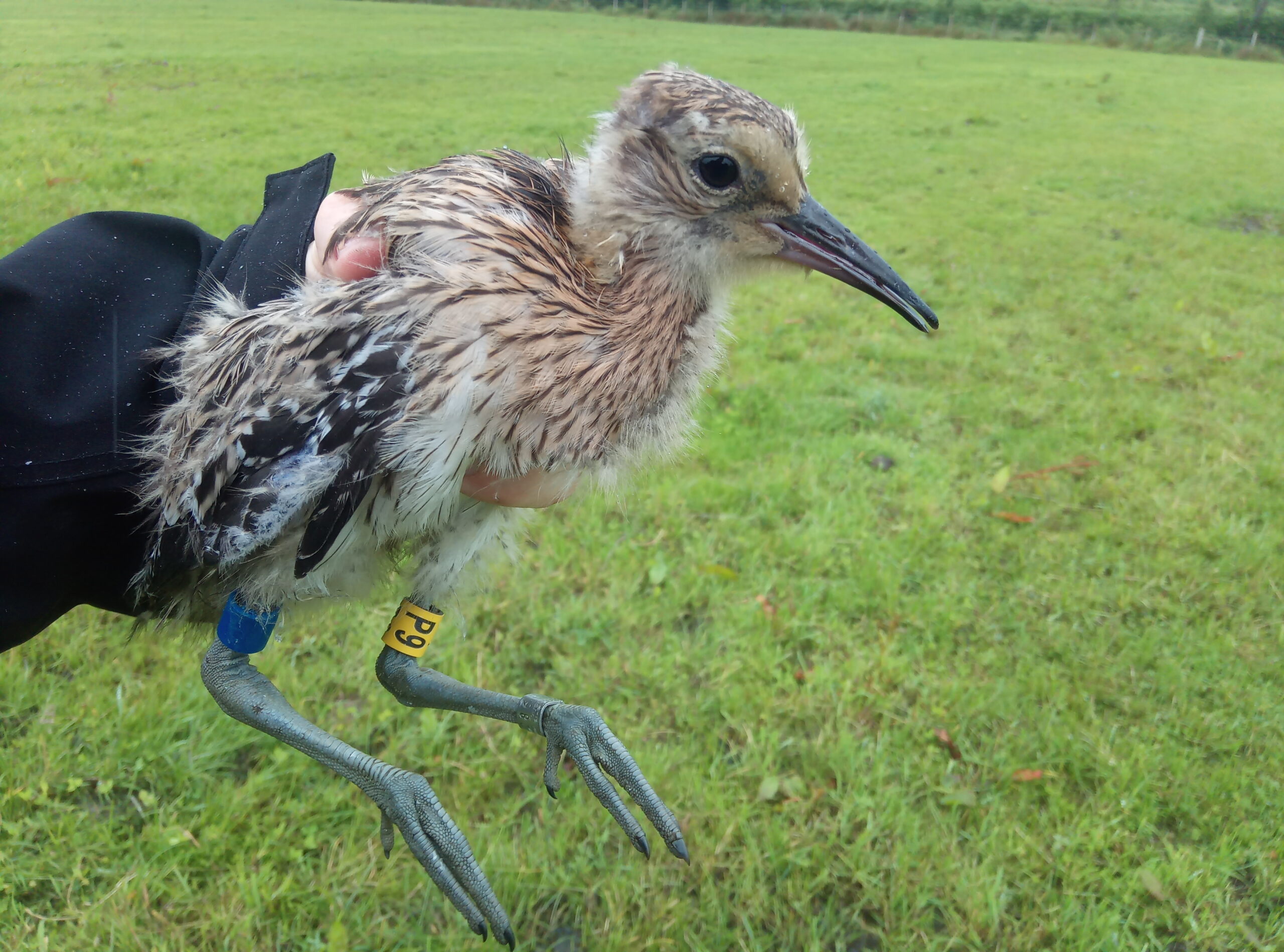 The team at Lough Neagh Partnership is celebrating World Curlew Day (April 21, 2021) with the return of two chicks fledged in the area last year. During an evening of survey work when the team were ringing and identifying local Curlew, they were delighted to see two young juveniles hatched on the site in 2020 among the Curlew they had caught.

The team had watched their journey from eggs in nests out on the site, through the hatching period and their eventual successful fledging. Out of 8 eggs only these two survived to adulthood. Curlew populations have declined significantly in the last 30 years.  The Lough Neagh Partnership project has monitored and delivered ground breaking works to help sustain and build local Curlew populations.

Speaking about last year’s emergency head starting response which enabled the team to help produce chicks which might otherwise not have survived, Siobhan Thompson, National Heritage Officer, Lough Neagh Partnership, said: “We are excited to be celebrating Curlew in our landscape on this World Curlew Day. They are such an iconic bird with a beautiful and unique sound but the situation regarding their survival is dire, the population is continuing to decline, and conservation measures such as head starting could play a significant role in the future conservation of these birds.  We believe interventions like this would help to stabilise the population in the next five to 10 years.

“We are watching to see if the five young released into the Lough Neagh landscape last year will return to the area. It is unusual for young birds to return in the first year, however we know the tag numbers and colours and are keeping an eye to see what happens with them. It’s a wonderful thing to know we have 7 young Curlew potentially coming back to Lough Neagh in future years to breed. Showing that this sort of emergency response is a viable option and it can be done with little investment and a dedicated team.

“Two years ago most of the chicks we were monitoring in our project and surrounding area didn’t make it to adulthood and there are years when no young survive so it is incumbent on us to ensure we work hard to assist chicks to survive when we become aware of their nests.”

The life-saving Curlew projects carried out by Lough Neagh Partnership around the shores of Lough Neagh are part of the “Saving Nature” project being delivered in the area with National Lottery Heritage Fund support since 2016.